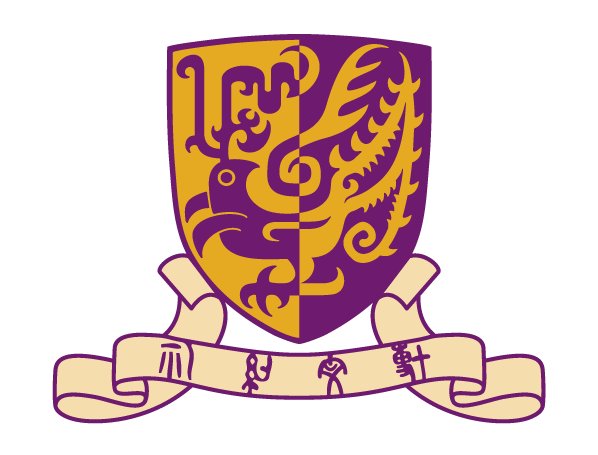 (In order of presentation)

Prof. Randy Schekman is an investigator of the Howard Hughes Medical Institute and a Professor of Cell and Developmental Biology in the Department of Molecular and Cell Biology at the University of California at Berkeley. He was elected to the National Academy of Sciences in 1992 and a Foreign Member of the Royal Society in 2013.
Prof. Schekman had been appointed as the Chairman of the Selection Committee for Hong Kong’s Shaw Prize in Life Science and Medicine from 2016 to 2020. The Chinese University of Hong Kong (CUHK) awarded Professor Schekman the degree of Doctor of Science, honoris causa in 2016. He is also a collaborator with CUHK’s Area of Excellence Centre for Organelle Biogenesis and Function.
During the 1970s, Prof. Schekman studied yeast cells with malfunctions in vesicle transportation system. He demonstrated that that the malfunctions were due to genetic defects and explained how different genes regulate different aspects of the transports. Prof. Schekman shared the 2013 Nobel Prize for Physiology or Medicine with James Rothman and Thomas C. Südhof "for their discoveries of machinery regulating vesicle traffic, a major transport system in our cells".
In 2002, Prof. Schekman was appointed Editor-in-Chief of the Annual Reviews of Cell and Developmental Biology. From 2006-⁠2011 he served as Editor-in-Chief of the Proceedings of the NAS. From 2011-⁠2019, he served as the founding Editor-in-Chief of an Open Access journal, eLife, sponsored by the HHMI, Wellcome Trust and the Max Planck Society. In 2019, he has been appointed as the Scientific Director for the Aligning Science Across Parkinson's (ASAP), an international program of collaborative research consisting of nearly 100 laboratories organized into 21 teams in 60 institutions around the world. To date, a total of USD $161 million has been awarded to the teams to boost Parkinson’s disease research.

Prof. Lui is a Professor in the Department of Mathematics at The Chinese University of Hong Kong (CUHK). He is also serving as the Executive Director of the Center for Mathematical Artificial Intelligence (CMAI), under the Department of Mathematics and Institute of Mathematical Sciences at CUHK. Ronald got his PhD in Applied Mathematics from University of California at Los Angeles in 2008, under the supervision of Prof. Tony F. Chan. Before joining CUHK, he worked as a Postdoctoral Scholar for 2 years in the Department of Mathematics at Harvard University, hosted by Prof. Shing-Tung Yau. Prof. Lui's main research focus has been on computational quasi-conformal geometry and its applications to medical imaging, computer vision and computer graphics. The main goal is to develop mathematical theories, models and algorithms to effectively study geometric structures, using quasi-conformal Teichmuller theory as a tool. Over the years, he has been developing computational algorithms for quasiconformal geometry, understanding their theoretical aspects and applying them to real-world applications. Ronald was awarded the Morningside Mathematics (Silver) Medal during the International Congress of Chinese Mathematicians in 2016. In 2018, he was awarded the HKMS Young Scholars Award by the Hong Kong Mathematical Society.

Trained as a bioorganic chemist, and currently an Associate Professor in the Department of Chemistry and in School of Life Sciences (by courtesy), Prof. Xia works at the interface between chemistry, biology, and biomedicine. Current projects in his lab include (1) new protein reactions, and the functionalization of proteins and therapeutic antibodies, (2) synthetic metabolons and organelles based on protein assembly technologies for cascade biocatalysis, and (3) protein-based biomaterials for anti-bacterial infection and tissue regeneration. He has a focused interest in subcellular structures, such as organelles and protein coacervates, and their biocatalytic and biomedical applications in anti-bacterial infection and tissue regeneration such as wound healing, diabetic foot ulcer, and cartilage repair. He has published about 90 research articles, established sustained collaboration with pharmacists, biologists and medical researchers, and been awarded more than 20 external grants, including collaborative grants NSFC/RGC and ITC Guangdong-Hong Kong Technology Cooperation Funding Scheme as PI, and participated in AoE, CRF, RIF and ITC Midstream Research Programme for Universities as Co-PI. He also holds an adjunct position at Changzhou University and Shenzhen Institute of Advanced Technology. His research also produces patents that are in the process of seeking commercialization.

Prof. WU Yilin obtained his BSc in Physics from the University of Science and Technology of China in 2004 and PhD in Physics from University of Notre Dame in 2009. After postdoctoral research at Rowland Institute of Harvard University, he has been a faculty member in the Department of Physics at The Chinese University of Hong Kong (CUHK) as Assistant Professor (2012-2018) and Associate Professor (2018-present). Prof. Wu’s research interest is in biophysics and quantitative biology. His work has advanced the understanding on microbial motility, collective motion, and self-organization of biological active matter. He received Young Researcher Award (2017) from CUHK and RGC Research Fellowship (2021-2025) from Research Grants Council of Hong Kong SAR.

Prof. Chan is an Associate Professor and Director in the Earth System Science Programme, Faculty of Science at The Chinese University of Hong Kong (CUHK). His research area is ambient air pollution, focusing on the sources and formation mechanisms of particulate matter (PM). His research group applies novel analytical techniques coupled with high resolution mass spectrometers to investigate the composition and transformation of PM in the atmosphere, such that we can better understand their sources, environmental, and health impacts. Prof. Chan received his PhD in Environmental Science and Engineering at California Institute of Technology. Prior to joining CUHK, he was a postdoctoral fellow in the Chemical Science Divisions at Lawrence Berkeley National Laboratory.

Prof. Ho is an environmental scientist, focusing on exposure assessment of air pollutants in Hong Kong and China. He has strong background in analytical chemistry with many years of solid experiences in toxic air pollutants (TAPs) and health related research. He is also competent in applying cutting-edge analytical chemistry techniques in indoor and outdoor air quality monitoring. He has published over 250 scientific articles in international peer-reviewed journals with overall 13,000 citations. His recent research focuses on toxic air pollutants and their impacts on human health such as particulate matter compositions, sources and health relations, exposure science and particle toxicology.

Prof. Wei is an Associate Professor in the Department of Statistics. She obtained her bachelor's degree in Mathematics from Tsinghua University in 2009 and her MSc Eng degree in Computer Science and PhD degree in Biostatistics from Johns Hopkins University in 2014. Her research focuses on developing statistical methods for analysing noisy, complex and heterogeneous big genomic data. Her six Bioconductor R packages have been well received by the community, with more than 68,000 downloads to date. Prof. Wei received the Faculty Exemplary Teaching Award from Faculty of Science, CUHK in 2017 and the W. J. Youden Award in Interlaboratory Testing from the American Statistical Association in 2019.

Prof. Sen Yang is an Assistant Professor in the Department of Physics, the Chinese University of Hong Kong (CUHK). He got his BSc from Tsinghua University and PhD in University of California, San Diego. He had worked in University of Stuttgart in Germany before joining CUHK in 2016. His research focuses on quantum optics and quantum information science in solid state systems, especially quantum computing and quantum sensing based on colour centres in diamond. In the recent years, the team has accomplished several breakthroughs. Together with colleagues in CUHK and from Japan, the collaboration team demonstrated the novel sensing for the pressure driven quantum phase transition (Science 366, 1355 [2019]). In 2020, his team invented a novel and universal direct laser writing material deposition method for nanofabrication (Nature Comm. 11, 5334 [2020]), patents have been applied by CUHK for this work.

Prof. Yip is an Associate Professor in the Department of Computer Science and Engineering at The Chinese University of Hong Kong (CUHK). He received his PhD degree in computer science and his postdoctoral training in molecular biophysics and biochemistry, both from Yale University. Prof. Yip's research interests include the use of computational methods to study basic biological systems and the corresponding biomedical applications. Due to the inter-disciplinary nature of his research, Prof. Yip has been involved in various collaborative projects within and beyond CUHK. Prof. Yip has applied/co-applied for the Collaborative Research Fund 32 times and the Theme-based Research Scheme 19 times. In this Science Faculty Research Day dialogue with Prof. Jerome Hui, Prof. Yip will share his experiences in the successful and failed collaborative grant applications and his views on fruitful and suboptimal research collaborations.

Prof. Jiang is currently Choh-Ming Li Professor of Life Sciences and Director of AoE Centre for Organelle Biogenesis and Function, as well as Director of Centre for Cell and Developmental Biology at The Chinese University of Hong Kong (CUHK).
Prof. Jiang’s research team has been working on the underlying mechanisms of protein transport, organelle biogenesis and function in plants for more than 20 years at CUHK, and has been internationally recognised as a leading group in the field.
Prof. Jiang received numerous awards for teaching and research achievements, including CUHK Science Faculty Exemplary Teaching Award 2008, CUHK Research Excellence Award for three times (2006-2007, 2009-2010, 2015-2016), Croucher Senior Research Fellowship twice (2009-10 & 2015-2016), Ministry of Education (MOE) Higher Education Outstanding Scientific Research Output Awards for three times (2009, 2013 and 2017), Outstanding Fellow of the Faculty of Science (2013) and Choh-Ming Li Professorship of Life Sciences (2014). 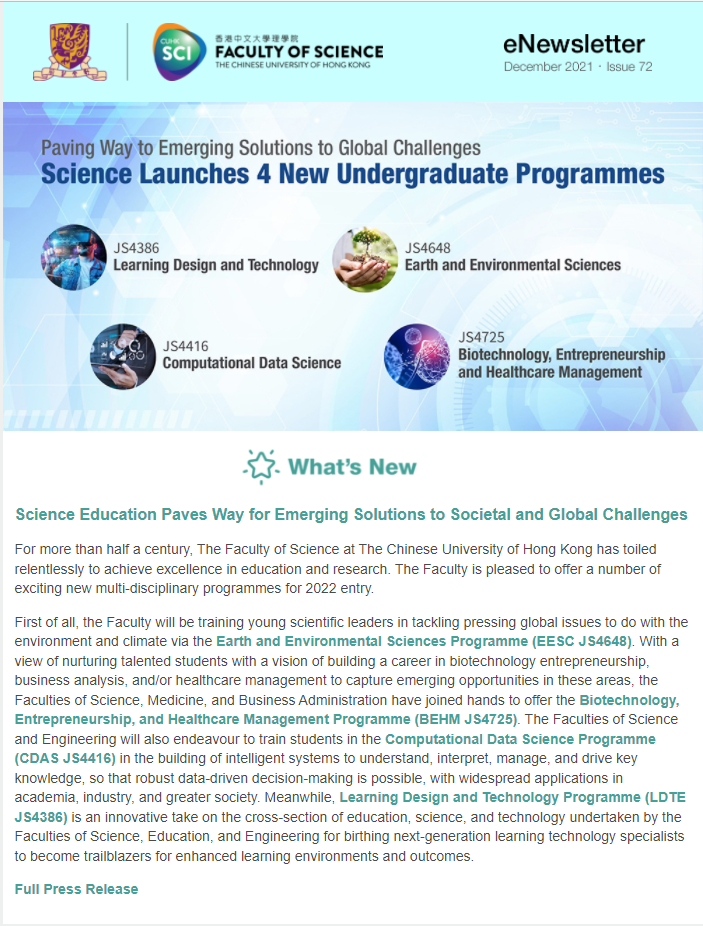