Mr. Philip Sin and his wife Betty design and produce sports uniforms for CUHK. Our marathoners and golfers now wear their appreciation and pride for all to see.

Well-designed uniforms are treasured not only for their functional and aesthetic values; they represent a shared identity capable of rallying a group to a common cause. The uniforms worn by CUHK marathon runners and Golf Day contestants in this academic year were designed and sponsored by alumnus Mr. Philip Sin and his wife Mrs. Betty Sin, who certainly understand the importance of uniforms to an organization. Together with his wife, Mr. Sin, a geography major who graduated in 1980, runs a business specializing in the production of corporate uniforms for both local and international corporations.

In a large-scale sports event, a good uniform speaks louder than words, because it is the most tangible symbol that greets the eye. The CUHK sports uniforms designed by Mr. and Mrs. Sin not only convey a message of collegial solidarity, but also show us how the giving spirit can be kindled by a passion for sports and gratefulness for a blissful life.

Mr. Sin set up a soccer team for his company in 1992 and the team now is a frequent participant and winner in friendship leagues. Ever since he took on tennis more than 10 years ago, he has entered into various competitions. To him, tennis not only helps him to stay fit, but also introduces him to people from different backgrounds. Soccer and tennis are now his lifelong hobbies.

While their taste for recreational sports may differ—Mrs. Sin is an enthusiastic badminton player—they are united in their intention to bring about positive changes through sports. By supporting sports and education, the generous couple wishes to get in touch with young people and promote their personal growth.

To support his alma mater by sponsoring sports uniforms is ‘a natural thing to do’ for Mr. Sin. ‘I love sports and I am in the garment business. The Chinese University is host to many sports events, and sponsoring sports uniforms is something within my capability. I hope that my uniforms can help the University’s athletes to build solidarity and inspire them to take pride in their alma mater.’

When designing the uniforms, Mr. Sin made a point of selecting the best materials with good air permeability and durability, while always being attentive to their aesthetic value. The uniforms should be able to win the hearts of all beholders.

It is worth mentioning that for the first time, garbed in the uniform he designed, Mr. Sin joined the 10-km race of the Standard Chartered Hong Kong Marathon held on 17 January along with other CUHK athletes.

Sponsoring sports uniforms is not the only thing the couple has done for this University. For example, Mr. Sin is a member of the ‘CUHK Alumni Day Class Agents Fundraising Committee’ under the CUHK Alumni Torch Fund—an endowment fund set up in 2014 by a group of alumni to assist young CUHK graduates in their entrepreneurial or academic endeavours, thereby advancing the development of their alma mater.

Mr. Sin is particularly impressed by the humility and conscientiousness of CUHK students and graduates, values that Mr. and Mrs. Sin exemplify themselves. Mrs. Sin graduated from the Hong Kong Baptist University, and she is grateful for the help rendered by our University during her research on wastewater treatment. They are appreciative of the fact that, with a firm footing in Chinese culture, the University is one of the very few institutions where Chinese and Western cultures are equally respected.

‘My son graduated from CUHK’s global business programme several year ago. When applying for university, although other well-established institutions also offered him a place, we still preferred the CUHK programme, which allowed him to take courses at CUHK, the Copenhagen Business School, and the University of North Carolina. The programme gave him the opportunity to get the best of both worlds, the East and the West,’ Mrs. Sin said.

The importance they attach to their son’s education also leads them to pay heed to the welfare of the less fortunate children in Hong Kong and mainland China.

They are sponsors of the Chi Heng Foundation, which serves children affected by AIDS, and the Hong Kong Women Development Association. They also built a ‘Hope Primary School’ in Shaoguan, Guangdong, and have donated to primary and secondary schools in Hong Kong. Together with other volunteers, they have organized fun days for underprivileged kids in Shamshuipo and taught them English for free.

To Mr. and Mrs. Sin, there should be no limits on the ways of giving. Along with volunteering and making donations in cash and in kind, they also assume the role of fundraisers. When asked what inspired them to give in such diverse ways, Mr. Sin says, ‘We don’t think the form of giving matters. What matters is that the giving should be tempered by a genuine sense of gratitude to society. I am also thankful that my wife has been very supportive in all our family’s charitable work.’ Mrs. Sin nods in quiet approval of her husband’s statement on charity.

There are many reasons why we give. To them, charity is a virtuous cycle that begins at home and with a simple ‘thank you’ from the heart.

This article was originally published in No. 472, Newsletter in Feb 2016. 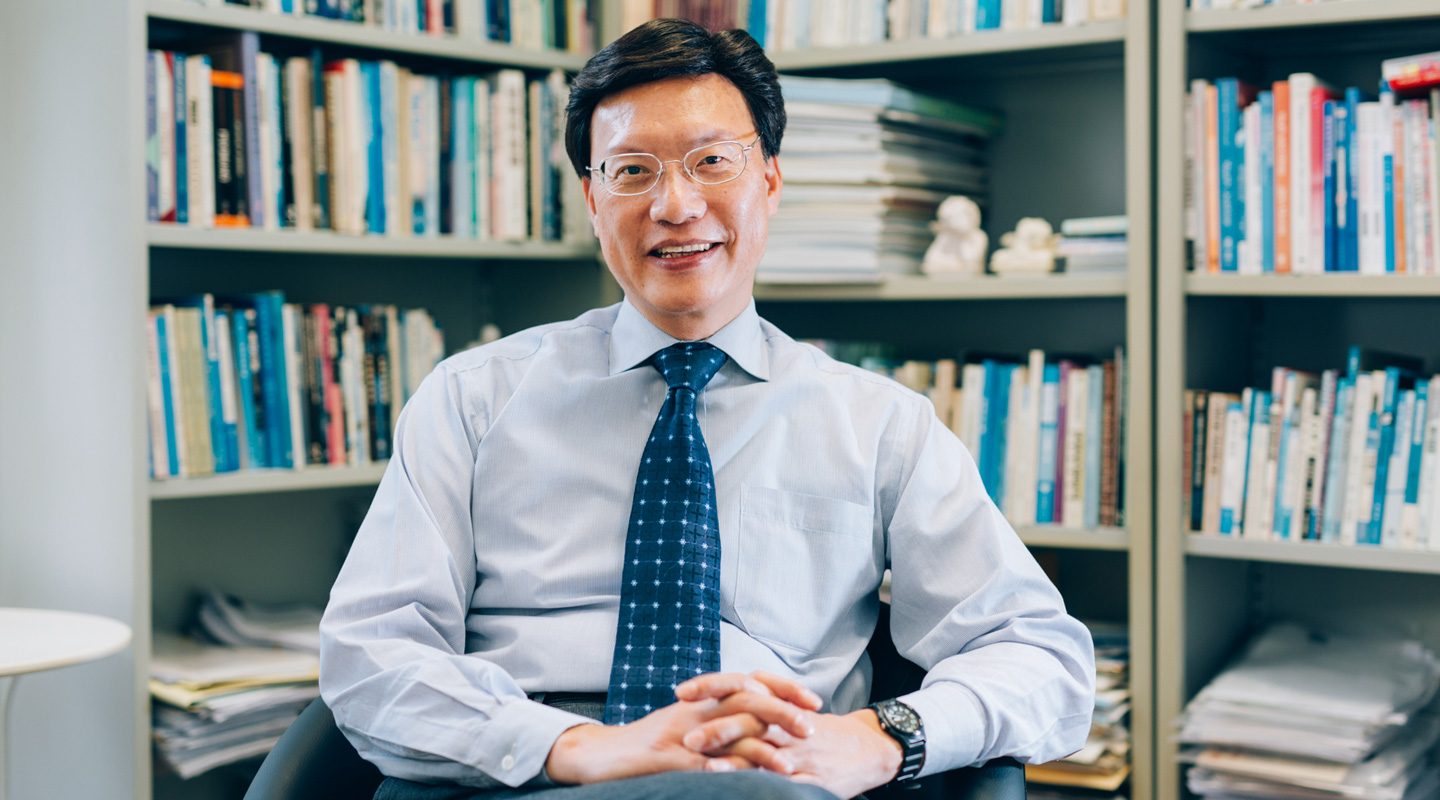 Taking the University Out into the World

Prof. Steven Ngai developed the system of service learning, which calls on students to serve the less advantaged sectors of society and learn about how human beings could look after each other. 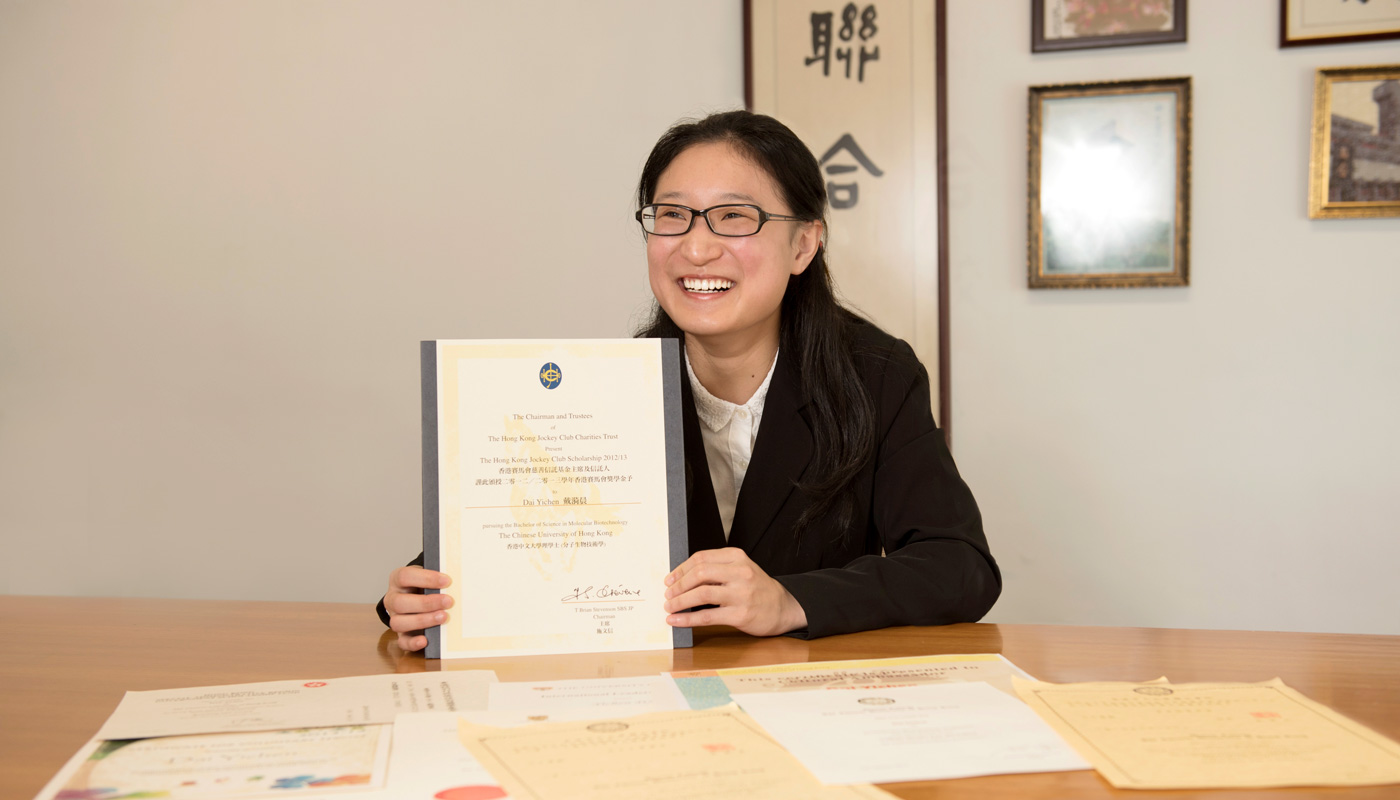