Diabetes hits Asian people in a very different way from their counterparts in the West. East Asians are far more likely to develop diabetes at a lower bodyweight. When they develop the disease, they have a higher risk of complications with their kidneys than populations in the West.

Prof. Ronald Ma is striving to understand why. The CUHK doctor has uncovered new genetic markers that indicate heightened risk of diabetes, or a heightened risk of complications. He has also identified novel genetic changes unique to the Asian population that, for instance, influence the capacity to secrete insulin.

For instance, Professor Ma has shown that variations in the PAX4 gene are associated with diabetes in the East Asian population. Together with colleagues elsewhere in Asia, his research team has helped identify more than 50 new diabetes-related gene regions.

Professor Ma intends to build on this work to develop algorithms that can help identify at-risk patients, and stratify them according to the potential severity of their complications. This would allow doctors to devote more attention, early on, to the patients likeliest to suffer the worst outcomes.

More than 1 in 10 Hongkongers live with diabetes, among the 422 million adults globally who experience the disease. China has a 10.9% prevalence, which translates to 110 million current patients, and another 388 million Chinese people who have pre-diabetes.

In the 1980s, only some 1% of the Chinese population had diabetes. So there has been a ten-fold increase, probably through a combination of changes in diet, physical activity, the environment, pollution, and the longer lifespans that give diabetes more time to manifest itself.

‘Diabetes is a modern disease from that perspective, although it’s always been around,’ Professor Ma points out.

In Hong Kong, diabetes patients now account for more than 50% of all patients who experience end-stage kidney failure, where they need dialysis to stay alive. That’s the most-feared complication from the disease, and incredibly expensive to treat, costing anywhere from HK$80,000 to HK$1.4 million (US$10,300 to US$180,600) per year.

But it had previously been impossible for doctors to know which patients are likely to progress towards kidney failure, and require such intensive treatment.

Ultimately, the aim of Professor Ma’s work is to provide tailored medicine for diabetes patients. In conventional medicine, the approach is to try the leading medication to treat a condition, then move on to the second-best candidate if the patient doesn’t respond. Professor Ma hopes to be able to identify which drug will work best for a specific patient, based in part on their genetics, and use that to inform treatment.

Hong Kong has set itself up as a base for diabetes research. CUHK Professor Juliana Chan, now the director of the Hong Kong Institute of Diabetes and Obesity, set up the Hong Kong Diabetes Register in 1995. It has been collecting samples and aggregating data that facilitate the work of researchers such as Professor Ma.

His recent study of 6,000 patients with diabetes followed over 13 years revealed individual patterns of progression for the disease.

Of those diabetes patients tracked, 84.3% experienced a gradual decline, with better preservation of their kidney function. But the remaining population experienced greater problems, with a faster dropoff in the capacity of the organ.

In particular, the study found that 3.1% of patients experienced an alarmingly accelerated rate of decline that rendered their kidneys virtually useless.

‘Some people do very poorly, and we need to identify those individuals,’ Professor Ma explains.

His team now works on a database and biobank of samples from more than 20,000 patients in the city. The samples and linked clinical data are key in the search for biomarkers of the disease.

One experiment may interrogate more than 7 million signposts across the genome. Running that information across a 20,000-person database, each providing multiple datapoints per year, requires specialized servers and computational power. ‘It’s not something you can run on your desktop,’ Professor Ma jokes.

Professor Ma is developing a scorecard based on 24 genetic markers that could segregate people with diabetes based on their risk of kidney disease. He would also like to use genetic markers to predict who will respond well to different drugs.

Most of the genetic markers indicate how the disease will likely develop, and can serve as predictive tests. But some are ‘functionally significant,’ meaning there’s evidence to suggest they are actually part of the causal pathway for the disease. This understanding could lead to the development of new drugs.

Professor Ma, who is based in the Department of Medicine and Therapeutics, was awarded a Croucher Senior Medical Research Fellowship in 2020, providing a HK$2 million (US$258,000) research grant to further his work on diabetes.

The funding will help advance precision medicine for the treatment of diabetes. Besides working on diabetes risk scores, he will also study a new class of drug called SGL-2 inhibitors, which are now being used to treat diabetes. They help protect the kidney and heart. But quite why is not well understood.

‘We are trying to understand how this drug is helpful, and why different people respond differently,’ Professor Ma concludes. Tailored treatment ‘is the next generation of medicine.’

This article was originally published on CUHK Homepage in May 2020. 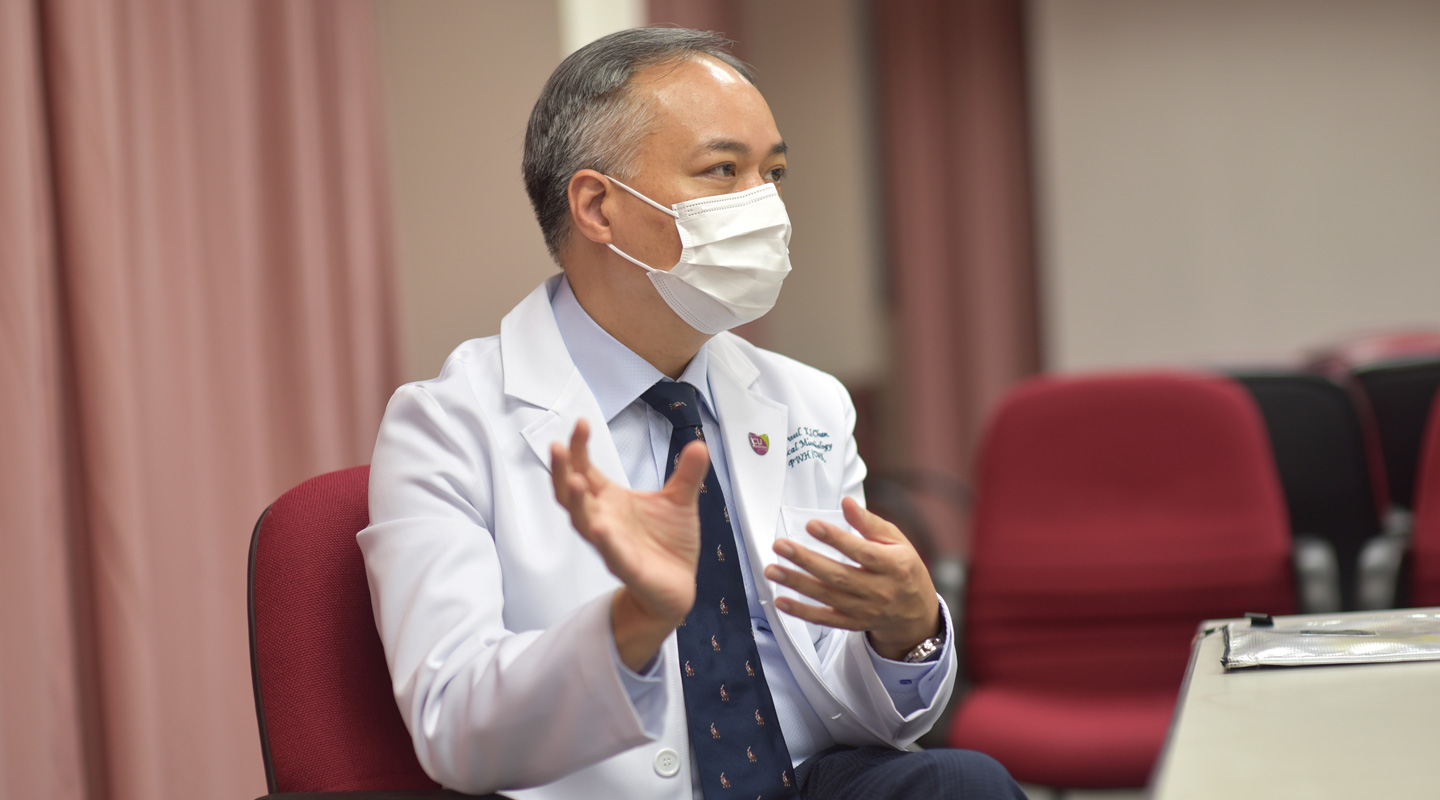 Predicting When Volcanoes Are Going to Blow

The Many Faces of Diabetes
Zero Tolerance for Re-bleeding