Prof. Song Chunshan, the world-renowned expert in energy and fuels chemistry and catalysis who took over as Dean of the Faculty of Science last July, was fittingly born on Meishi Street in the Qiaodong district of Shijiazhuang, Hebei. With meishi meaning ‘coal market’, his birthplace lies right next to the railway nearby the city’s central station, to which coal mined across the province and its neighbour Shanxi had been transported by train for sale in the early 20th century.

‘I grew up with the sound of trains blasting their horns,’ Professor Song remembers. ‘Coal was what every family used for cooking and home heating until I went to university. Little did I know my research career would start with chemistry of coal conversion.’

He was more of a literature and history aficionado while in middle school—then came a chemistry teacher in his first year in high school, who ignited his interest in chemical science and technology.

‘The ways substances change enchant me. You add one substance into another, and the colour changes instantly, sometimes with new substances popping into existence—that to me is fascinating. To this day, I’m still excited by the new stuff, the new phenomena, the new worlds this science leads to.’

In 1977, the gaokao, mainland China’s national college entrance exam, was reinstated. Professor Song was among the second cohort of gaokao candidates and was admitted to the chemical engineering department of the then Dalian Institute of Technology (now Dalian University of Technology), and four years went by. As his university days drew to a close, one of his teacher left him with a deceptively banal observation:

‘From trees of green comes the blackness of coal.’

That reminded him of the magic of chemistry. He began learning the chemistry of coal on his own, going on to apply to study coal chemistry overseas as a postgrad. Speaking not a word of Japanese, he took a six-month crash course in the language before taking off to the industrial organic chemistry lab at the applied chemistry department of Osaka University in Japan. There he researched the catalytic liquefaction of coal and explored ways of synthesizing liquid fuels from coal.

‘Those were wild days,’ he said of his five years in Japan, which earned him an MS and a PhD in applied chemistry. A devotee of experimental chemistry, he once worked non-stop for 48 hours in the lab. When he finally got too tired, he would grab one of the cartons holding the chemicals, unfold it, lay it on the concrete floor and, voila, have a bed to nap on before heading back to the grind.

‘I was literally doing research in my dreams as well, and meal breaks felt like a luxury sometimes.’

But what was toil for others was fun for him, who saw the point of all this work. ‘All I had been doing was study and take in knowledge as a student. As a researcher in doctoral course, I was exploring the unknown, creating knowledge, breaking new ground. It was exhilarating.’

While doing his research, he also honed his Japanese at amazing speed. Optimistic and unafraid of making mistakes, he was already speaking the language the day he arrived in Japan.

‘My professor jokingly blamed me for ruining English for him years later. “You were my first international student,” he said, “and I thought I could practise English with you. Who would’ve known your Japanese was even better than my English?”’ Professor Song said with a laugh. ‘Many Chinese were typically quite shy when it comes to using foreign languages. I didn’t take myself seriously, and I like talking to people. Being able to speak fluently comes with so many perks.’

In 1986, Professor Song developed new catalysts based on molten salts containing molybdenum and nickel, which can turn solid coal into liquid fuel effectively through catalytic reactions. This became the basis of his first international journal article in English, and he was invited to give an oral presentation at the International Conference on Coal Science in the Netherlands the following year. Calm and confident, the young Chinese scholar stood out at the conference and caught the attention of a number of top US researchers. Before long, he was recruited by the Fuel Science Program of The Pennsylvania State University at University Park.

Starting as a research associate, he rose through the ranks as an assistant professor, an associate professor and a tenured full professor. When he left Penn State in 2020, he was a Distinguished Professor of Fuel Science, a Professor of Chemical Engineering, the director of the university’s Energy Institute and the associate director of the Institutes of Energy and the Environment. He was elected chair of the fuel chemistry and petroleum chemistry divisions of the American Chemical Society and presided over a dozen international conferences related to fuel, catalysis and carbon dioxide (CO2), all the while holding visiting professorships at Imperial College London, the then Pierre and Marie Curie University and several Chinese institutions. In 2015, he led a team of nine American universities in securing a Department of Energy fund of USD 20 million and establishing the University Coalition for Fossil Energy Research, which he went on to serve as its founding director.

For over three decades he worked his way up in America, and by the time he moved to Hong Kong, he had made it to the top of the discipline. For the first 10 years, though, he worked in obscurity. He began by looking into making coal liquefaction more effective and studying the catalytic hydrogenation of polycyclic aromatic hydrocarbons. Envisioning a new jet fuel for supersonic aircrafts, he also investigated the selective catalytic hydrogenation and selective adsorption for desulfurization and denitrogenation of liquid fuels . He then turned his attention to capturing, transforming and utilizing the carbon in CO2 in a bid to create sustainable ultra-clean fuels and chemicals.

‘I had no background and connections in the States so I was nobody. On the upside, that meant fewer burdens and the freedom to do whatever I thought was important!’

Over the next 20 years, recognition came raining down for his original work involving collaboration on fuel science, clean fuel, adsorption and catalysis. Among his many awards, the 2010 Henry H. Storch Award and the 2019 George A. Olah Award—the highest honours in fuel chemistry and in hydrocarbon and petroleum chemistry, respectively—are particularly meaningful. Winner of the 1994 Nobel Prize in Chemistry, George A. Olah has been Professor Song’s hero. In Olah’s later research, which also involved carbon dioxide capture and utilization, the master had in fact repeatedly cited Professor Song’s work. Honoured by the award in Olah’s name, Professor Song became all the more committed to his dream of green energy cycle, the dream of synthesizing chemicals and ultra-clean fuel with CO2 in industrial flue gas and the air and hydrogen in seawater using renewable energy—a dream for a sustainable world.

Refusing to rest on his laurels, Professor Song embarked on a new journey and came to CUHK. The brilliant minds at the Faculty of Science and the ethos aside, what also drew him to the University was its roots in Chinese culture.

‘I’m as much a fan of culture and history as I am of science, and I think a lot about the cultural differences between the East and the West. That’s very much in line with what CUHK is about,’ he said. ‘I didn’t come just for a new job. I came believing that I can contribute something to the Faculty, the University, Hong Kong, the Greater Bay Area and China.’

Taking up his post amid the third wave of the COVID-19 pandemic, he was faced with numerous challenges. ‘As a newcomer, I could definitely use a chat with everyone here, but even that was not so simple,’ he said. ‘That said, I’m not a complainer. All I care is how to make the best of the situation.’

Where there are challenges, he sees opportunities. ‘I used to go on dozens of business trips every year. Now that we’re grounded, I have more time at hand and am accomplishing more.’ In just a year, the Faculty of Science has set out plans for three new programmes through collaborative teamwork and got green light from the University Grants Committee. Meanwhile, it took part in three major university-level and inter-faculty research and education projects.

‘I want to thank the University management, the former and the incumbent deaneries, unit heads, my fellow professors and the dean’s office staff for their support and cooperation. I look forward to continuously advancing the Faculty’s mission together with them all.’

In many ways, his vision of the Faculty reflects his vision of how life should be. ‘I envisage the Faculty to be one of the world’s best for its own brand of education and research. It’ll be globally minded and a cradle of original and innovative contributions to society, addressing the scientific and technological challenges of our time. It’ll be a place where students study science for making the world a better place through learning, original scholarship and collaboration.’

Soft-spoken but passionate, the expert in energy chemistry and catalysis uses his own energy effectively and efficiently, radiating wisdom in his field. He believes it is one’s mindset, direction and vision that largely determine one’s success. With him as the leader, it is anticipated that the Faculty is set to scale new heights. 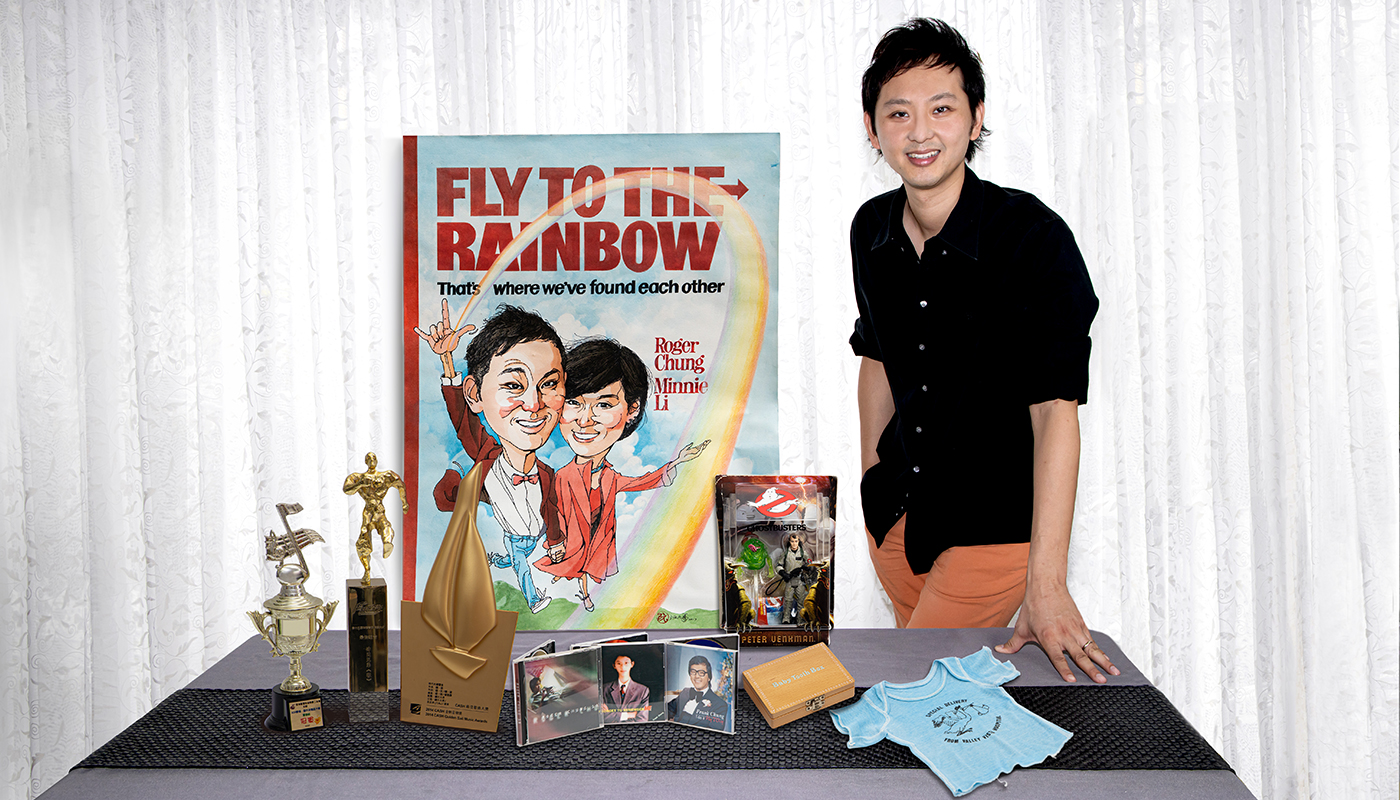 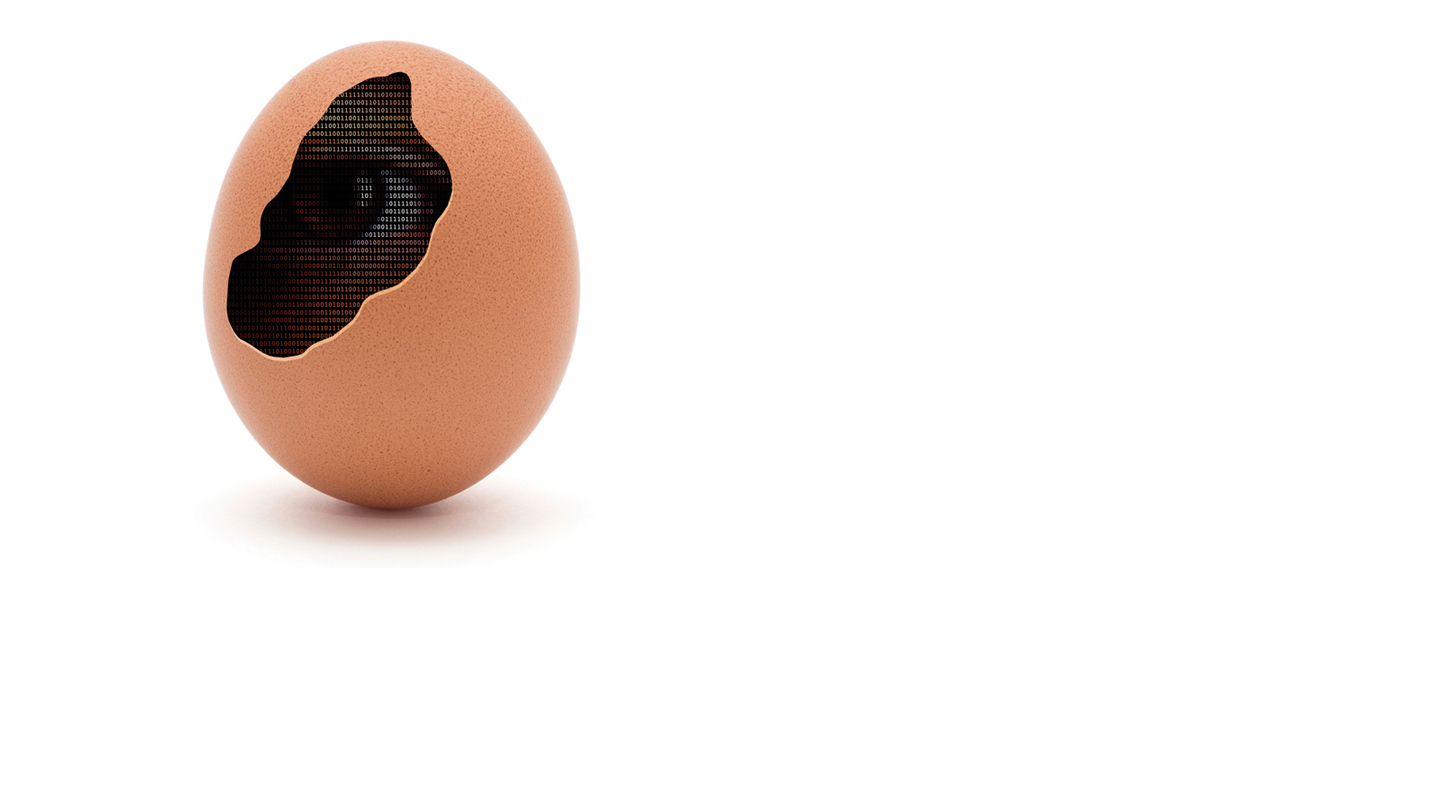 The Perilous Gift of Life

The law and ethics of AI personhood

Zigging and Zagging to Deeper Truths